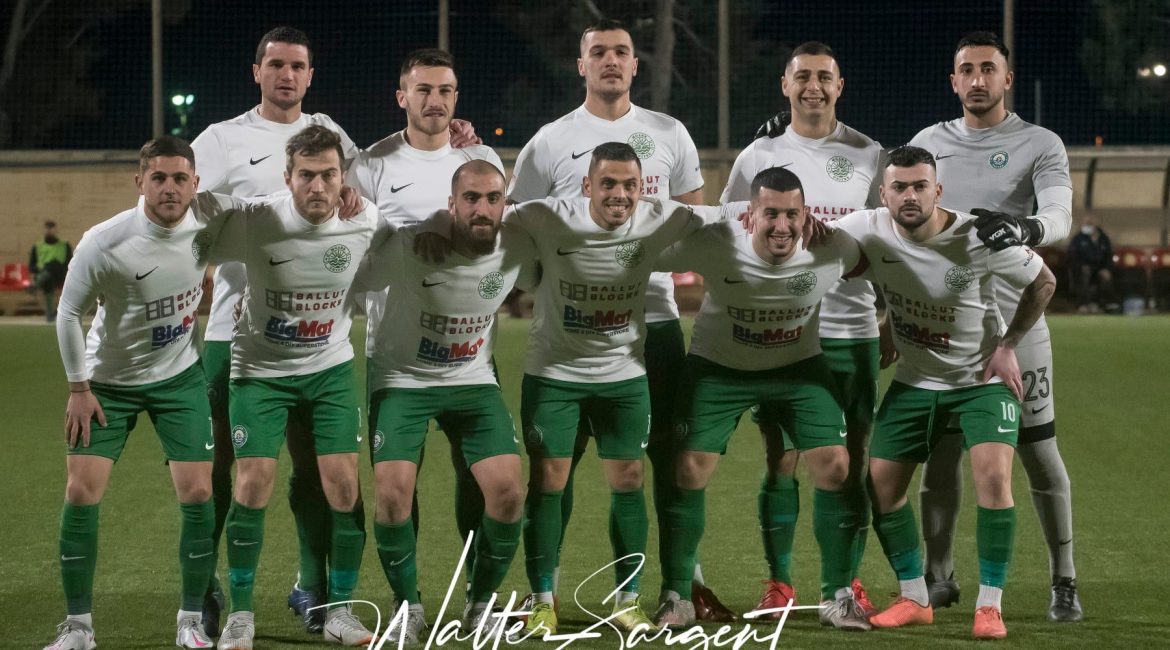 The Greens managed to gain promotion to the Challenge League early last month, but failed to be promoted as Champions of the National Amateur League.

In the first play off match for the Championship decider the Greens were unlucky not to end up with all 3 goals as an early goal in the second half from Melita cancelled out a wonderful free kick from Gordon Saliba. The match ended 1-1, but the Greens could have easily gone away with all 3 points in a very well fought match as they missed some good chances during the second half to wrap up the match.

Our boys met Luqa SA two days after the first play off against Melita with only three points good enough to keep us in a good position for the Championship, but the fatigue played a big part during this match in which we lost 3-1. The Greens went ahead in the first half thanks to a goal by Lazar Doric, but two penalties in the second half and a last minute counter attack paved the way for Luqa to grab all 3 points.

The 2020/2021 season was surely a memorable one and we look forward to our next Challenge in the First Division next season.