Hat-trick of Awards for Haley and Top Scorer for Lazar 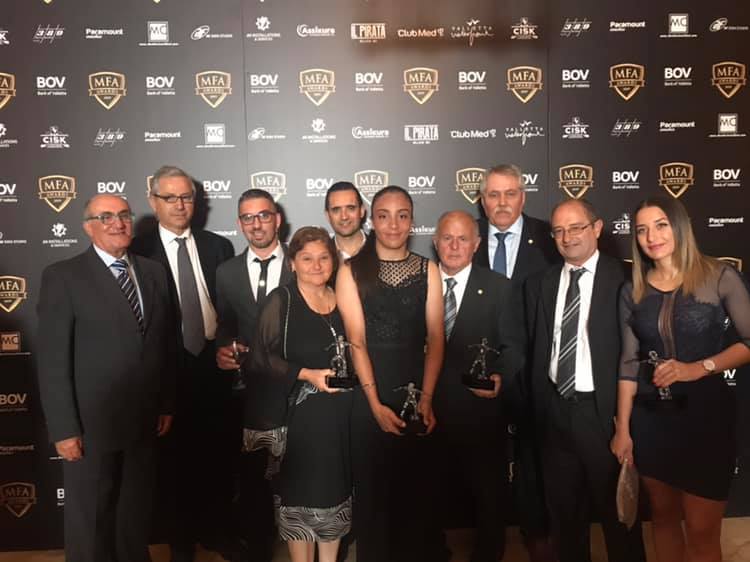 It was a great night for our Football Club in last night`s MFA awards for the 2018/2019 season. With 3 nominees in men and women categories Haley Bugeja and Lazar Doric managed to collect some well earned rewards for a great season.

Haley Bugeja made it a hat-trick of awards, dominating women football awards by winning the best U19 player, Top Scorer of the League and also best Senior Women`s League player. Brenda Borg was also one of the nominees for the Best Women player and deserves great recognition after being an instrumental part of our Women`s team success.

In the men`s category Lazar Doric collected the 2nd Division top scorer award for the 1st time after scoring 17 league goals. He was also a nominee for the best 2nd division player which was won by Gilbert Martin of Fgura.

A big well done to all 3 for doing us proud!